Robert Connolly is the writer and director of the feature films THE BANK (2001), THREE DOLLARS (2005), and most recently BALIBO. He is the producer, together with his business partner John Maynard, of the award-winning films, THE BOYS and ROMULUS, MY FATHER (starring Eric Bana and Franke Potente).

For the last fifteen years, Robert and John have headed up the production company Arenafilm. Dedicated to producing high quality cinema with a political focus and social themes, Arenafilm has introduced to world audiences directors such as Jane Campion, Vincent Ward, Rowan Woods and Richard Roxburgh.

As a producer, Robert’s first feature film, THE BOYS, had its world premiere In Competition at the Berlin International Film Festival in 1998 and was nominated for thirteen Australian Film Institute (AFI) Awards including Best Film. Since then, Robert has garnered many awards for his work as a writer, producer, and director. He has won two AFI awards for screenwriting for THE BANK and THREE DOLLARS and in 2007 ROMULUS, MY FATHER, which he co-produced with John Maynard, won four AFI Awards including Best Film. As a director, he has screened his films in over thirty major international film festivals including the Toronto International Film Festival and San Sebastian Film Festival.

Robert received a Centenary Medal for services to the Australian Film Industry in 2001 and was part of Prime Minister Kevin Rudd’s 2020 ideas summit in 2008 in Canberra. He has also recently been appointed to the new board of Screen Australia and now resides in Melbourne. 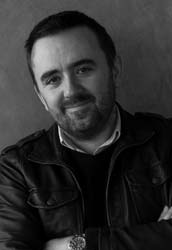