John is well known as a producer with an eye for talent, producing the debut feature films from a number of directors - Jane Campion, Vincent Ward, Rowan Woods, Robert Connolly and Richard Roxburgh.

For many years, he was in partnership with Robert Connolly, in Arenafilm.

In 2007, John received the AFI Award for Best Film for ROMULUS, MY FATHER (co-produced with Robert Connolly) and in 1989 for THE NAVIGATOR.

Maynard has had three films In Competition in Cannes (an unrivalled Australian record). With partner Bridget Ikin; he co-produced Jane Campion's AN ANGEL AT MY TABLE, winner of the 'Silver Lion' in Venice in 1990. THE BOYS, John's first collaboration with producer Robert Connolly, debuted In Competition at Berlin in 1998.

John was the foundation director (1967) of the public art museum, GOVETT- BREWSTER ART GALLERY in New Zealand, which now houses the works of pioneer filmmaker and kinetic sculptor Len Lye. For more than 10 years John was the Director of THE LEN LYE FOUNDATION - at the same time producing feature films.

He has been an active independent distributor in Australia and New Zealand for more than 30 years with his company Footprint Films having a reputation for creating innovative and cost effective marketing campaigns.

In 2003 John was awarded an Honorary Masters Degree at the Australian Film Television and Radio School for his "commitment, as a creative producer, to ground breaking independent cinema; for nurturing new Australian talent and reflecting diverse themes of social and cultural relevance".

In 2005 the Australian Directors Guild awarded their highest honour to John, The Cecil Holmes Memorial Award for his support of directors and the ADG. 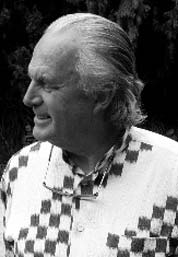