Tamara came to Arenafilm with a background in publicity and marketing. Tamara worked in the Marketing Department for the Movie Network Channels on Foxtel and Austar. She was also a freelance Script Reader for Shanahan Management and worked for Playworks (National Centre for Women Performance Writers).

Tamara is a graduate of the NIDA Playwrights' Studio and is a freelance cartoonist (The Chaser, Drum Media). 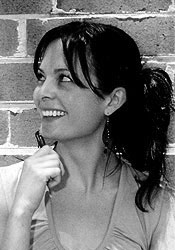