"One of the best and most important Australian Films ever . drop everything and be overwhelmed by this earth shattering work immediately"

"A flawless ensemble... extraordinary performances, and an intensity that is at times almost unbearable"

"One of the most powerful, observant and artistically satisfying Australian films ever made"

"It's so primal, so severe, that your whole body hangs suspended. few Australian films ever reach these heights"

"Our film of the year.opens up to us a moral universe, and a chapter of the battered heart"

"A confronting and powerful film"

"Not since Russell Crowe's performance in Romper Stomper has an Australian actor emerged on the scene with as much intellect, precision, emotional force and sheer complexity as Wenham"

"Toni Collette in her best performance yet" 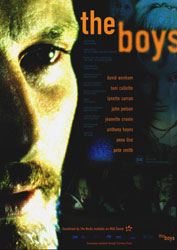